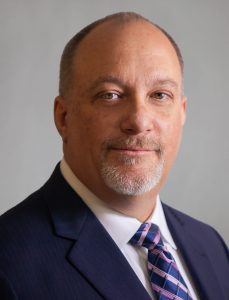 Bose Public Affairs Group LLC is pleased to announce the addition of Robert Moran as a principal and member of the federal relations team in the Washington, D.C. office. Prior to joining Bose Public Affairs Group, Moran worked as the education policy director for the U.S. Senate Committee for Health, Education, Labor and Pensions. In that role, he developed and oversaw the implementation of Chairman Lamar Alexander’s education policy agenda, coordinated policy goals with committee members on the Chairman’s behalf and served as lead negotiator on legislation and policy objectives.

“We are proud of the continued expansion of our federal relations team in these unprecedented times,” said Andrew Miller, managing principal of Bose Public Affairs Group. “As we strive to offer the best service to our clients, Bob’s decades of experience in education policy will be invaluable for our clients at the federal, state and local levels.”

Moran has spent more than two decades working on a variety of federal K-12, higher education and career and technical education policy issues. He brings a deep knowledge of education policy and vast experience with the legislative and executive branch processes to the BPAG federal relations team.

“We are thrilled to add Bob to the federal relations team,” said Ellen Fern, managing director of federal relations at Bose Public Affairs Group. “He brings a wealth of knowledge of the federal education landscape, and he has more than 21 years of experience crafting education policy, which will be vital as we work toward even greater success for our valued clients.”

Previously, Moran served as the director of federal relations and policy analysis for the American Association of State Colleges and Universities, where he developed, implemented, and managed federal outreach efforts for an association of over 400 four-year public institutions of higher education. He also worked as a senior advisor in the Office of the Under Secretary under President George W. Bush at the U.S. Department of Education and served in high level roles in two lobbying firms. In addition, Moran worked in the U.S. House of Representatives for 12 years, crafting legislation for two Congressional offices.

“Bob brings both federal government and private sector experience to Bose Public Affairs Group,” said Harrison Wadsworth III, a principal at Bose Public Affairs Group. “He has been a key part of virtually every major piece of federal education legislation since the 1990s and helped guide the U.S. Department of Education’s regulatory policy after the last Higher Education Act reauthorization. His knowledge, creativity and experience will provide a tremendous value to our clients and help them prepare for the future.”

Moran is a graduate of Dickinson College with degrees in political science and mathematics.